With Dinan’s latest work of art, he has not only fixed a car that wasn’t broken but also sought to perfect a car that everyone considers to be as close to perfection as humanly possible…”

Why Dinan? At Dinan, their passion for BMWs is evident in their dedication to designing and producing the most innovative and performance driven BMW products on the market. Serious enthusiasts turn to Dinan because they appreciate their ability to make BMW performance upgrades that outperform the rest of the BMW aftermarket industry. When customers want performance, they turn to Dinan first. If there is a specific BMW upgrade that you have in mind, chances are they can do it.

With 35 years of experience working with BMWs, their engineers are trained to find ways of getting the best out of each BMW that comes into the market. They operate with the understanding that BMW owners view their cars as more than just cars. BMW has a long, rich history that perpetuates a sense of passion into each vehicle owner,perhaps more than any other type or brand of car. At Dinan, they understand this passion and use it to offer comprehensive and unique BMW performance upgrades to BMW owners. They offer these upgrades by creating top of the line BMW solutions, with massive amounts of R&D behind everything they build. Dinan’s BMW products aren’t merely just parts; they are portals that allow them to take a BMW from good to great. All the products from Dinan come to our customers with the best warranty in the BMW aftermarket business with a BMW factory matching 4 year or 50,000-mile new car warranty. This allows BMW owners to have confidence in Dinan upgrades. They proudly stand behind their work and their warranty guarantees that you’ll be happy.

They are all about BMWs. In fact, BMW upgrades are the only type of upgrades that Dinan creates. This helps them to be experts in the field, knowing BMWs – quite literally – from the inside out. In fact, Dinan takes their love of BMWs one step farther than most and has been involved in motorsports since the company’s inception. They believe racing enables them to hone their R&D capabilities and gain a deeper understanding of how a car performs at its limit. This belief has been awarded numerous times with championships and awards. Most recently, from 2010 to 2012 Dinan-tuned BMW powered engines won championships in prototype cars in the GRAND-AM Rolex Sports Car Series. Today they are still involved in developing and supplying racing engines, but also serve as technical partners to teams racing BMWs around the globe due to their vast amount of knowledge.

Dinan is also the only company that offers BMW performance products through the BMW dealership network. No insignificant feat considering how grueling BMW standards are to uphold its claim to the “ultimate driving machine”

What kinds of parts does Dinan carry? Dinan engineers and develops a multitude of performance solutions. In fact there are way too many to list and give them the credence they deserve. However, the most popular Dinan product lines consist of… 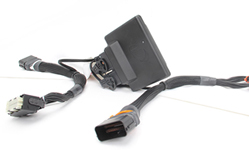 DINANTRONICS / Software. Dinan is world-renowned for its BMW performance software. Software is what Dinan was built on and excels at. While there are other tuning options out there, there is more to a tune than just cranking up the boost. Power needs to come on smoothly and in a predictable way to make the car as fun to drive at wide open throttle as cruising around town. Dinan software augments your factory BMW and gives it aspirations of grandeur with newfound acceleration and speed.

Exhausts. Dinan exhaust systems improve exhaust flow by reducing back pressure, resulting in increased power output and a great sporty sound that is civilized when you want it to be and pleasantly aggressive under harder acceleration, with zero drone. They are all made with stainless steel to give that throaty resonance while utilizing black or polished tips to guarantee they look as good as they sound.

Cold Air Intakes. Engines need oxygen rich air to perform at their peak levels. Dinan’s Cold Air intakes gather this cooler air from outside the engine compartment and pushes it directly through a sealed system to the engine at larger volumes than the stock setup provides. This maximizes the amount of air the engine yearns for when pushed to produce substantial power gains. The engine will come to life now that it is not starving of performance inducing cool air and reward you with unbridled top-end power. 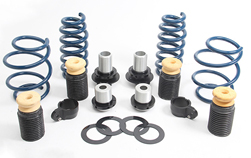 Suspensions. Dinan designs suspension systems that are much more than just lowering the ride height for looks. They also provide improved cornering ability and a lower center of gravity in addition to the lower stance. Dinan’s suspension systems integrate form and function to produce a BMW that is visually stunning and rides nearly as smooth as stock but with handling that could perform on any of the world’s top racing circuits. 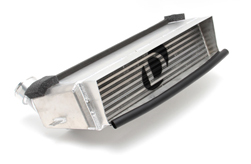 Intercoolers. The job of an intercooler is simply to reduce the temperature of air that has been compressed by a turbocharger. Dinan’s intercoolers increase the overall volume of air that can be cooled while also raising the density of air, meaning more cold, oxygen rich air is available to the engine. Similar to cold air intakes this larger, richer volume of air greatly improves the engine’s ability to produce the maximum available power.

Have a Question?
Ask a Mechanic Now 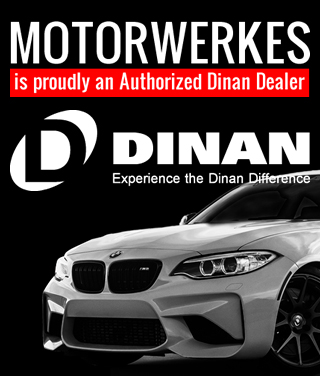