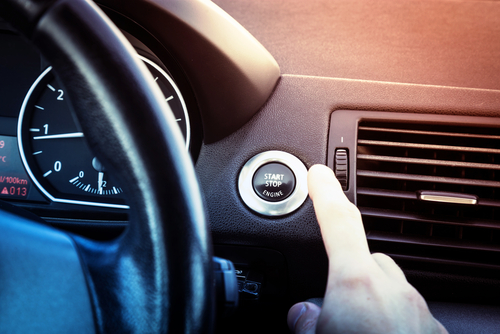 In addition to all the technical help, you’re probably aware that we love to dig into BMW history and trivia. Excluding the facts covered in our previous blogs, here’s some fun assorted info that you may not already know!

The “kidney” grill that BMW’s vehicles have become known for was first introduced in 1933 on the BMW 303. It has changed slightly in appearance since then, and was one of the company’s many early efforts in pioneering aerodynamic vehicle design.

You may know that the headquarters building located in Munich was modeled after a four-cylinder engine, or even that it was finished in time for the 1972 Olympic games. However, few aficionados are aware that the branding of the building had to be removed during the games to comply with the International Olympic Committee’s rules on product placement.

One of BMW’s most impressive April Fool’s Day jokes was the infamous M3 pickup. The fusion between pickup truck and classic M3 structure may have been a prank, but the vehicle is in fact fully operational and boasts a number of impressive specs. Along with horsepower matching its M-series relatives, these include a 450 kg load capacity and even a drag coefficient in league with the M Coupe.

One particularly unique feature of BMW’s approach to manufacturing is their development code system. For much of the company’s history, every model has been designated a codename consisting of a letter (E, F, or G) followed by consecutive numbers. “E” was the first letter used for these codes and stands for “entwicklung,” the German word for “development.”

BMW was quite close to bankruptcy in the late ‘50s due to a number of factors, including the postwar vehicle market and difficulty adhering to design trends. Mercedes attempted an aggressive takeover of BMW at its most vulnerable moment, before they were saved by collaborative investment from a wide range of sources including its workforce. Things were really back on track by 1959 when a majority share was purchased by German businessman Herbert Quandt.

There will always be more to learn about BMW, whether it’s about the vehicles themselves or the company that creates them! To learn about the needs of your vehicle, give Motorwerkes a call at (403) 768-3163 today!