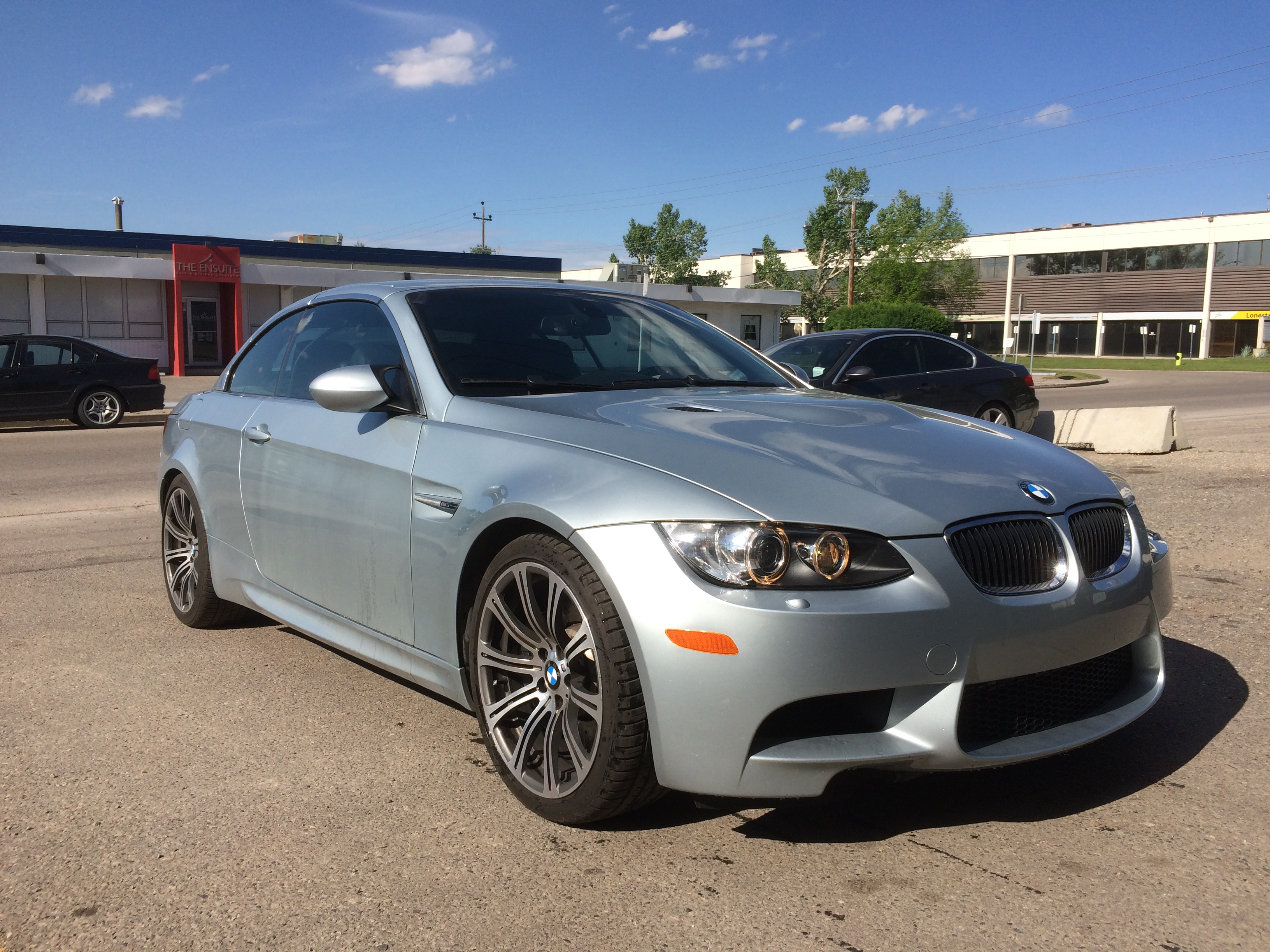 One of the most recognizable features on any BMW vehicle is its logo. This timeless insignia has come to represent one of the most respected names in vehicle design and manufacturing, but how did it come about? Let’s dig into the history of our favorite make and find out.

Out With the Old

The BMW logo — or “roundel” to be more precise — has its origins in the logo used for the Rapp Motorenwerke company, the aircraft manufacturer from which Bayerische Motorenwerke as we know it today would eventually evolve. This early logo consisted of a circle containing the figure of a black horse. The words “Rapp Motor” were curved along the top and bottom portions of the circle, not unlike the letters “BMW” on the current symbol. After the expansion and renaming of the company, it was decided to create a new logo based somewhat on the black horse design.

In With the New

Ultimately, it was decided to replace the black horse silhouette with four quadrants of alternating blue and white. This pattern and its colours were taken from the flag of Bavaria, the southeastern German state where Rapp Motorenwerke originated. This is characteristic of the sense of patriotism surrounding the company’s emblem and its historical context, as Rapp Motorenwerke was one of the most important German aircraft engine manufacturers during World War I. The fact that the logo is in the style of an aircraft roundel is in keeping with the company’s roots as a proud and significant contributor to the war effort.

This origin is a bit different from the common myth. Many assume that the alternating blue and white pattern is meant to represent a rotating airplane propellor. This arose from a 1929 BMW technical magazine, the cover of which featured an illustration portraying the front ends of two airplanes. The features of the roundel were drawn into their rotating airscrews, including the BMW text. The illustration is therefore mistakenly credited for the genesis of the roundel, despite the fact that it was published long after the new logo had been established. Decades later, it represents a household name and unparalleled legacy in vehicle engineering and design.

We at Motorwerkes aren’t just experts in BMW trivia, we’re also fully certified and ticketed technicians with the latest hardware and software tools. For Calgary’s best service and performance centre specializing in BMW, give us a call at (403) 768-3167 today!