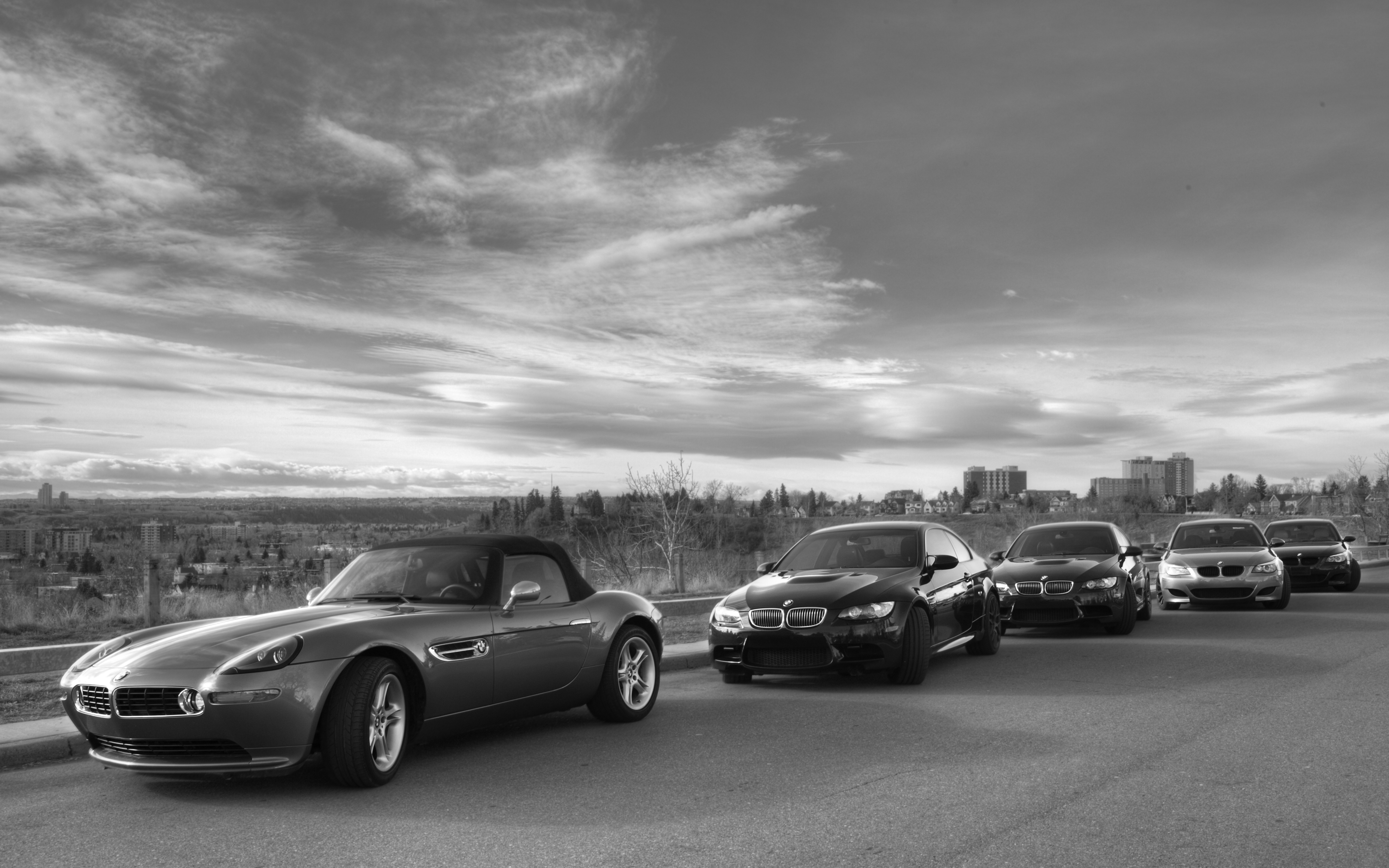 2016 is the hundredth year in BMW’s history as a company. There are plenty of excellent concept vehicles being revealed as part of the centennial, but let’s take a moment to look back on some classic landmarks in BMW’s history.

Produced from 1936 to 1940, the 328 was BMW’s first serious effort in designing performance sports vehicles and one of the earliest models to display the company’s signature kidney grille. Its specs were quite impressive for the time, armed with a 2.0L straight-6 engine that offered 76 HP, not to mention a lightweight aluminum body. It garnered much acclaim and secured over 100 class wins, including the Alpine Rally and the formidable Mille Miglia.

This late-1950s roadster is often cited as the most beautiful BMW ever built, but its merits don’t rest on good looks alone. Its aluminum 3.2L V8 engine was nothing to sneeze at, yielding 140 HP and giving its competitor, the Mercedes Benz 300SL, a run for its money. Unfortunately, the manufacturing costs of the 507 nearly bankrupted the company, making this model a financial disaster. Still, its status as an icon of vehicle design is undeniable. Even Elvis had to have one.

Due to rapidly declining profits and other factors, the end of the 1950s was a dark time for BMW. Enter the New Class, a line of sedans and coupes running between 1962 and 1977. Models like the 1500, 1800, and 2000 allowed BMW to enter the midsize sport sedan market with a vengeance. Excellent performance, smart design, and accessibility lead to a surge in financial success, allowing BMW to pay their stockholders for the first time in two decades.

The impact of the New Class was significant in BMW’s engineering approach and culture. It led to the 02 Series, which housed such legends as the 2002 Turbo, one of the first turbocharged cars ever. After the success of the 2002, BMW’s carefully-executed approach to luxury performance sedans and coupes would culminate with the 3 Series, established by the E21 in 1975. This became BMW’s best-selling series to date and one of their flagship accomplishments.

Whether you’ve got one of the classics or you’re considering an eco-friendly i3, BMW always has something exciting to discover. To get the most out of yours, call (403) 768-3166 and a certified technician at Motorwerkes will be happy to help! 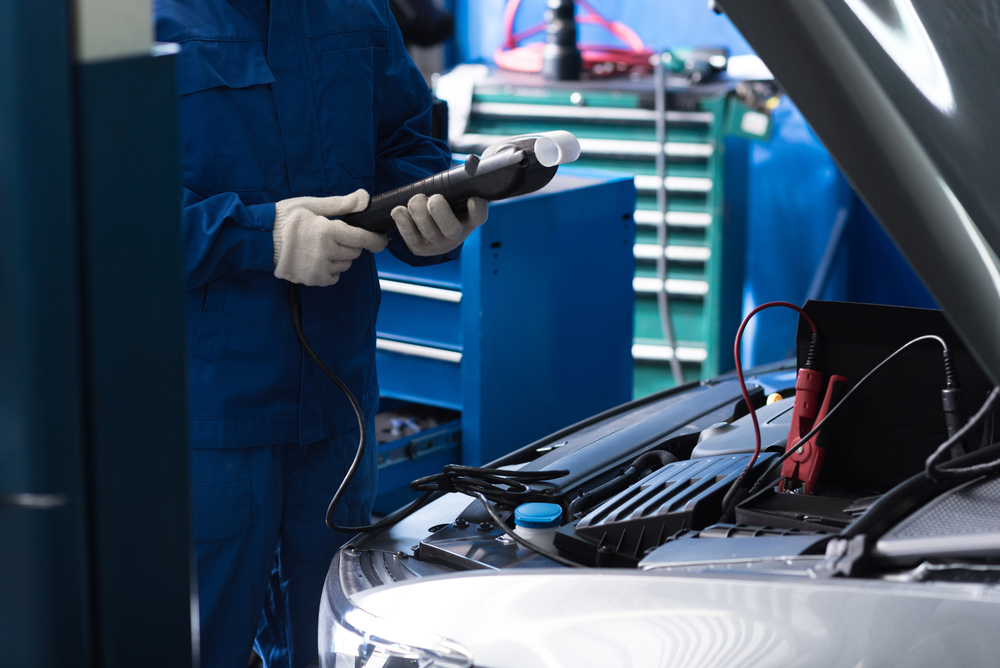 Depending on how well you take care of your vehicle, a number of different problems and dysfunctions are bound to arise. Thankfully, the issues you’re more likely to encounter over the years are well documented and understood, so here are a few to keep in mind.

One of the most common replacements drivers can anticipate is of the oxygen sensor, usually referred to as an O2 sensor. Located in the exhaust manifold, the O2 sensor is designed to detect the ratio of oxygen to fuel that is present in your exhaust. It helps your engine maintain healthy combustion of fuel, as an unbalanced ratio can lead to more air pollutants and potentially engine damage. This, along with a loose fuel cap (another common issue), can lead to poor mileage and cost plenty of money if you don’t have it corrected as soon as possible. Other small but important replacements you may need include spark plugs, ignition coils, etc.

Catalytic converter replacement is relatively common and can also be particularly expensive. This is because the materials and manufacturing processes involved in producing them are costly and labor-heavy but for good reason. We rely on catalytic converters to prevent the emission of toxic gasses from our vehicles, so avoiding a replacement isn’t a good idea! Failure to replace your battery, meanwhile, can leave you broken down on the side of the road. Finally, a broken axle or noticeably poor alignment are less common, but need to be taken care of immediately.

No Repair Is Truly Minor

Many mechanical and electrical systems in your BMW affect one another, so routine maintenance is critical in avoiding bigger, costlier repairs like transmission repair, head gasket replacement, and others. With the exception of purely cosmetic problems, an issue that may seem insignificant is almost always directly connected to a bigger problem that has potential to get out of control before you have a chance to prevent it. Fuel injector or spark plug problems, for example, can lead to the expensive catalytic converter replacement we mentioned above. The takeaway: don’t delay your repairs!

Any true BMW lover wants to know as much as possible about how to optimize and sustain the performance of their vehicle. Our certified technicians are here to provide you with top-notch service and keep you in the know, so give Motorwerkes a call at (403) 768-3166 today!

Extreme temperatures will always have significant effects on many aspects of your BMW. While many drivers are aware of this, there are still a few missteps that commonly occur when it comes to taking care of a vehicle during this season.

A shift in season, especially into winter, typically means you’ll need to make a few changes to your vehicle. Failing to cover your bases could lead you to some significant dilemmas. Winter tires, for instance, are never something you should skip. Buying and installing a quality pair will significantly improve the safety and feel of your drive. If your windshield wipers are worn or too loose against your windshield, replacing them can help prevent accidents due to buildup of snowfall while driving. Don’t forget to check all your fluid levels as well as the condition of your battery, which is more likely to fail in low temperatures. If you need to replace it, don’t hesitate to do so!

Even though you’ve probably been through countless winters with your BMW, it’s always wise to avoid overestimating your own abilities when it comes to abrupt stops and tight cornering. Stay attentive and conservative about your input and don’t assume that your stability and traction control systems will save you when you make a poor decision! Other than these considerations, don’t forget about the little things. For instance, de-ice your windshield using a scraper rather than a bucket of hot water (which can crack the glass), and don’t spend an excessive amount of time letting your vehicle warm up before you leave.

Addressing common winter-related issues is not only about which actions to take and which ones to avoid. It’s also about being aware of indications that a less obvious problem may be at work. If your tires are squealing too often when cornering, your pressure may be too low. This is not uncommon in the winter, due to contraction of air in low temperatures. Hearing screeches or other unusual sounds from your brakes can also be more apparent in the cold due to ice in the wheel well, so listen for these and be sure to have them serviced as soon as possible!

If something’s not quite right with your BMW this winter, having it promptly checked out is wise both financially and in terms of safety. We’re always happy to help, so call Motorwerkes at (403) 768-3166, and let us know what you need! 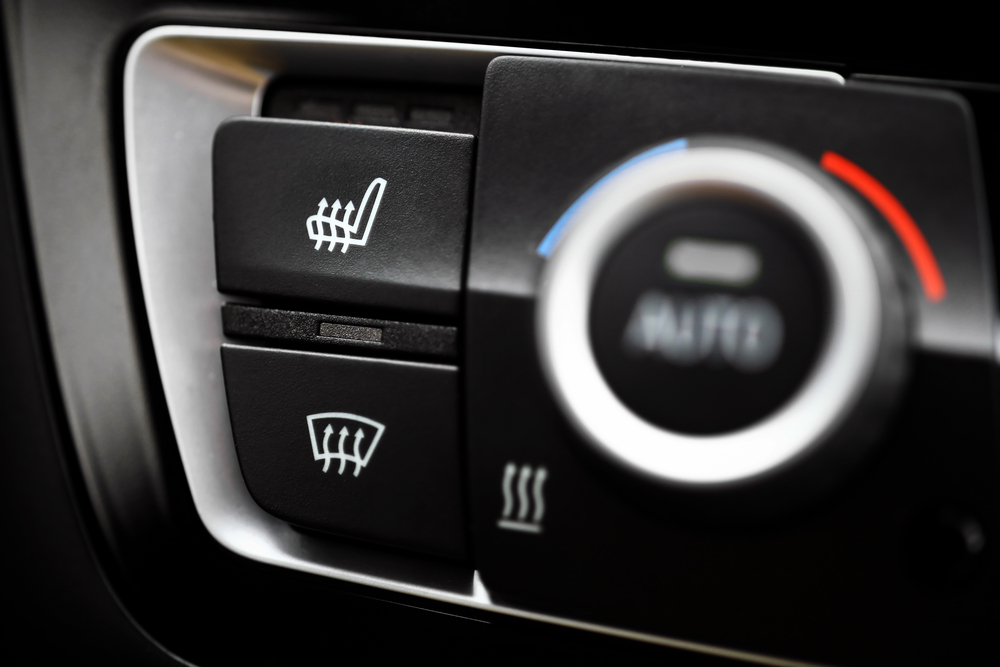 This component of your BMW is responsible for a great deal of comfort during the winter months, but how exactly does it work? Let’s examine a typical car heating system and find out how you can keep it running smoothly.

Your heating system warms up incoming air and circulates it throughout your interior. It does this by using a system of openings, ducts, fluid, heat-exchange equipment, HVAC controls, and more. In fact, your heating system is closely intertwined with your A/C system. You may not be able to tell by the name we use for the chemical, but coolant plays almost the same role in heating that it does in cooling, only the fluid is used to transport and apply heat rather than reduce it. This system typically uses the same blower fan that your A/C system does as well.

Air entering your vehicle through its front ducts must be warmed by the heater core and pumped into your interior by the blower. Your heater core can basically be thought of as a miniature radiator. Coolant is heated by the engine before flowing to the heater core, raising its temperature so that air sent through it by the blower is warm by the time it flows into your cabin. The specifics of how your heating system behaves to provide you with the right conditions is determined by the settings of the HVAC controls on your dashboard, the type of temperature control you particular model employs, and other factors.

Whether you’re having trouble getting it to reach the desired temperature, the airflow is not adequate, or it’s just not working altogether, common issues can be attributed to a number of different causes. Any problems with your coolant, whether in its cleanliness or quantity, will probably lead to problems with your heating, so checking this is always recommended. If you have a coolant leak, it should be repaired as soon as possible. The same goes for faulty blower, thermostat, and of course your heater core. The more attentive you are and the quicker you get those repairs done, the better!

Whether you want to keep you winter drives warm and comfortable or you’re experiencing a particular problem, the BMW certified technicians at Motorwerkes are eager to offer you the highest standard of service. Call (403) 768-3166 to schedule an appointment!

Remember last week’s article on synthetic motor oil? We briefly touched on the importance of viscosity, but it’s a key characteristic to keep in mind for both oil and other fluids in your BMW. This is especially true now that it’s getting colder out there.

Going with the Flow

Many critical mechanical components in your BMW rely on the proper flow of fluids. Your transmission needs its fluid to stay lubricated, not to mention to receive power properly from your engine via the torque converter. A power steering system needs its hydraulic fluid to flow cleanly and freely in order to transmit power successfully, and similarly, your brakes rely on efficient flow of brake fluid to transfer and amplify pressure into power for effective braking. What these and other fluids have in common is that their viscosity determine their success in performing their responsibilities.

The higher the temperatures these fluids are subjected to, the lower their viscosity. Meanwhile, the lower their temperatures, the more viscous they become. As winter hits and ambient temperatures drop, it’s good practice to keep in mind how the fluids in your BMW will be affected and how this will in turn affect the performance of the vehicle, not to mention the integrity of its parts. If you don’t pay much attention to regular fluid changes and do not use approved fluids, issues like locked-up power steering, dragging brakes, or excess stress on your engine during cold startups could be just around the corner.

Ideally, your BMW won’t get to the point where you experience the worst consequences of poorly-flowing fluids. Thanks to synthetic fluid technology, viscosity problems are usually quite simple to prevent. The number one tip is to follow your owner’s manual and get recommendations from a local BMW certified technician as per your vehicle. Depending on a number of factors, you may need to switch to an oil with a viscosity rating that renders it less resistant to flow. As for other fluids, always be aware of how they will be likely to perform in particularly cold conditions and ask your technician which types will perform best on a cold drive!

Notice anything unusual with your engine, transmission, or other fluid-reliant components? The BMW certified technicians at Motorwerkes can provide you with specialized advice and more. Call (403) 768-3167 to give your vehicle what it really needs!